One of our core Return to Health services and treatment areas is homeopathy. Homeopathy utilises energetic medicine which works on all levels – physical, mental and emotional. Our homeopathic practice uses consulting, prescribing and treatment methods to match the complex conditions we see in our modern society. Homeopathy is unlike most other systems of healing, in that the healing originates from within you. From the inside out, we work on the vital force to bring about positive change. We see symptoms as an expression of a healing path already being taken as a response to dis-ease. Homeopathic treatments can promote real, lasting health, by finding and addressing the causes as well as treating your symptoms.

Our homeopathic treatments are by appointment only. Please make a booking below

Or find out a little more about homeopathy below. 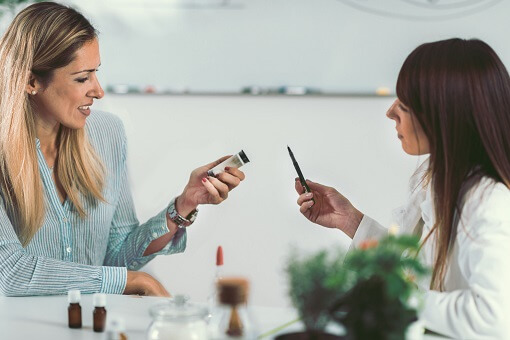 How does homeopathy work?

We treat the patient with homeopathically prepared remedies in order to activate the body’s own system of healing. Remedies are chosen by your homeopathic practitioner based on your symptoms. They follow the value that ‘like cures like.’ A substance in a large dose will cause identified symptoms. When the same substance is used in a homeopathic dose, called “in potency”, it can treat similar symptoms. For instance, we can look at the plant belladonna – a poison which has a quick intense effect and induces a throbbing headache. Following ‘like cures like’, when given in homeopathic potency, belladonna is an effective remedy for an intense, throbbing headache which arrives suddenly.

Far from being a “new age” medicine, Hippocratic writings show that Homeopathy’s effects were known at least 2,000 years ago. The pioneer of pharmacology Paracelsus, a German-Swiss Physician (1493 –1541), was the first to declare that, if given in small doses, “what makes a man ill also cures him,” an anticipation of the modern practice of homeopathy. It was not until the 1800′s, however, that it was developed into a usable system of medicine by the German scientist and physician, Dr Samuel Hahnemann. Since then, the popularity of homeopathic treatments has steadily increased with an estimated 200 million people today using homeopathy on a regular basis.

Homeopathy is a wonderful and safe system of medicine with the ability to support a range of conditions. Many people have discovered homeopathy’s ability to safely prevent or treat the most stubborn of health problems. At the Return to Health clinic, we don’t treat the problem as much as we treat the person. In this way, we can look even the most difficult or complex condition and see an opportunity for the whole person to heal.

Here are some examples of the conditions your homeopathic practitioner can help with:

“Homoeopathy is an extraordinarily powerful system of health care because of its ability to treat people on all three levels – body, mind and spirit. While orthodox medicine treats the physical body, there are frequently mental, emotional and spiritual blocks that might inhibit a patient’s recovery. Homoeopathy treats the whole person, taking into account their personal history, environmental factors both current and historical, and their hereditary propensity to be vulnerable to particular illnesses or conditions. The practitioner will also cross-refer the patient to complementary therapies, where appropriate, to aid recovery.”

The Companion to Homoeopathy: The Practitioner’s Guide by Colin Griffith.

How do your homeopathic consultations work?

Return to Health offers in-person or Skype video-call consults. Video consults are particularly beneficial for our overseas and interstate clients. Local clients are welcome to attend appointments at our Gold Coast homeopathy clinic in Tallebudgera Valley.

Initial consults cover a lot of ground and typically take 1.5-2 hours. Follow-up consults are shorter – typically 60 minutes. Following the consult your homeopathic practitioner will review your case, and decide on the best course of treatment. The resulting professional prescription is specially prepared for each client. A treatment round covers a 4-week or 8-week period and includes the consult, the remedies and key follow-on communications regarding the case.

Want to know more about our homeopathic treatments? Visit our FAQ page.

What our clients say

“The thing that made the biggest difference was the life coaching that went with the consults; El’s words of wisdom, experience and deep understanding supported me through my toughest times, and led me on a new journey of self discovery. The pearls she shared were the words I clung to each month to get my mind and body back to health. A very wise lady indeed. An effective, cost effective and natural all encompassing solution to healthy mind, body and spirit.”

Filling out paperwork for my son to go to occasional care – huge step forward for us, answering “no” to all the questions!!! No to diet restrictions, no to any medical conditions, no to allergies, no to special requirements!! Wow!! We’ve come a long way this year with homeopathy :).This for a child who used to have food restrictions, chemical intolerances, was physically delayed, had absent seizures and would pass out. Thank you!

Wow, from that 1st lot of remedies my life has never been the same. I am sleeping throughout the night, my shoulder has no pain and my stress levels and emotional state are the best they have ever been. I will continue to be a client of El Harper for many years to come as the results she has had with me are nothing short of amazing. Thank you El for giving me back my true self.

View more accounts of healing through homeopathy on our Testimonials page.